The Chirper, an entertainment app highlighting Ball State University’s iconic “Chirp Chirp”, was an idea initially created, developed, and released by Digital Corps students in 2008. It was one of the first iOS apps made by college students, a feat we do not take lightly. The sole function of the first app was a chirping noise maker – seemly simple now, revolutionary then. The product integrated complex features for the first-ever iPhone such as utilizing its accelerometer.

“There were no guides or tutorials the developers could turn to for help.”

Although creating an app like The Chirper might seem commonplace now, when it was first launched, there were no guides or tutorials the developers could turn to for help.

It was the first example of an app that went beyond the basic functionality of mobile software in 2008. Apple representatives used the app as an example of software development because of its cutting-edge nature.

Ten years later, once again our students collaborated, innovated, and released an updated version of The Chirper. Staying true to its original function, the main feature of the app is still the noise maker. Now, the app also includes games, a fight song video (complete with lyrics) and text messaging stickers.

on the App Store and Google Play Store

In the end, the Digital Corps delivered:

More than an app

This project didn’t stop with the app creation. A team of communication specialists, designers, and videographers worked together to develop a marketing campaign for the release of the update. After the initial brainstorm, the marketing plan was implemented. The Digital Corps partnered with Ball State Athletics so that The Chirper could be shared with all of the University’s fans. This partnership included video advertising on Scheumann Stadium and Worthen Arena big screens as well as an extensive social media campaign on athletic social media channels. One of the social media videos even featured the president of Ball State University! 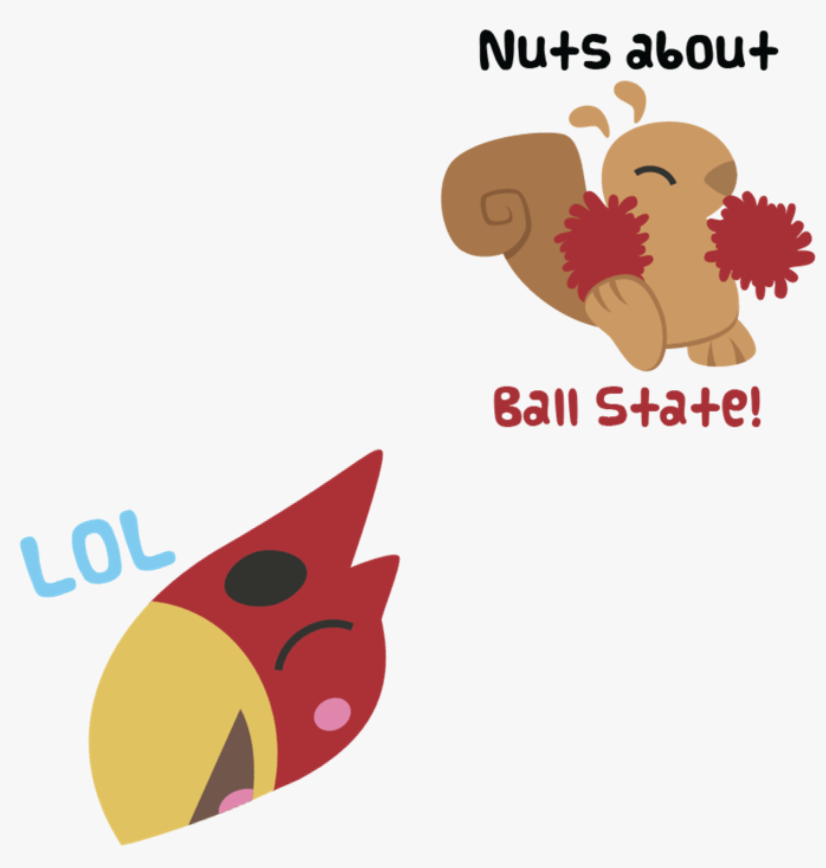